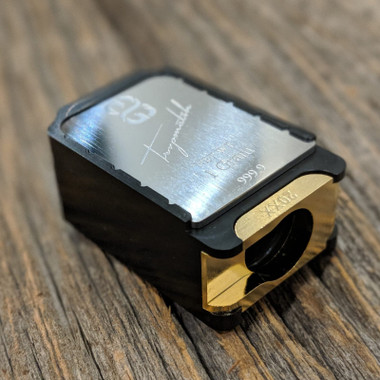 Hover over image to zoom

The Reversible Condensation Plug is designed to attach to Boro Tanks (by Billet Box) to direct vapour and condensation out the air path only, and minimizes condensation build up on your panels.

This Reversible version allows users to direct the air flow out either the right OR the left side of the Boro Tank, especially when using Boro Tank compatible devices with opposite-side air paths such as the >> NOOB Box by Proteus Progeks <<. Standard condensation plugs will block the Boro Tank window from sliding down if you attempt to reverse it, so this reversible version solves that issue.

If you do not need the ability to reverse this plug, then get the standard version >> HERE <<.

Note: Boro Tank and Glass Window Replacement shown in photos are NOT included in this sale.

This product hasn't received any reviews yet. Be the first to review this product!

All prices are in CAD